Given Below is a past paper of Sub Inspector Punjab Police 2017. This Sub Inspector past paper was taken by PPSC (Punjab Public Service Commission). PPSC took this paper in 2017. Recruitment to this post was all over Punjab. Merit was made on the Division bases. There were a different number of seats for every division of Punjab.
To get Latest Papers in Your Inbox Click Here 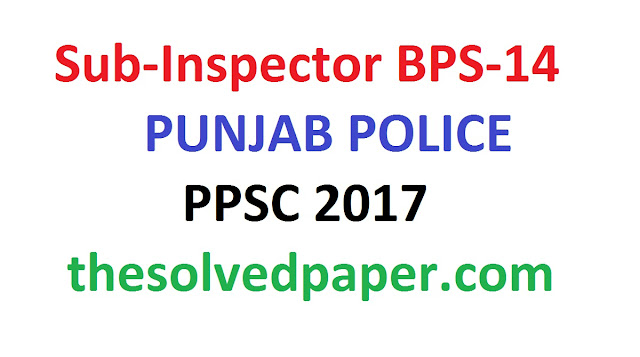