This a past paper of ASI (Assistant Sub Inspector) Punjab Police. This past paper was taken by PPSC (Punjab Public Service Commission) in 2017. This was a promotional test for service quota for ASI. The Constables and Head Constables were eligible for this test only. The syllabus for this test was general syllabus like many other papers of PPSC, which includes General Knowledge, Current Affairs, Islamic Studies, Pakistan Studies, and Math. Few of the solved questions from the original paper of ASI are given below.
To get Latest Papers in Your Inbox Click Here 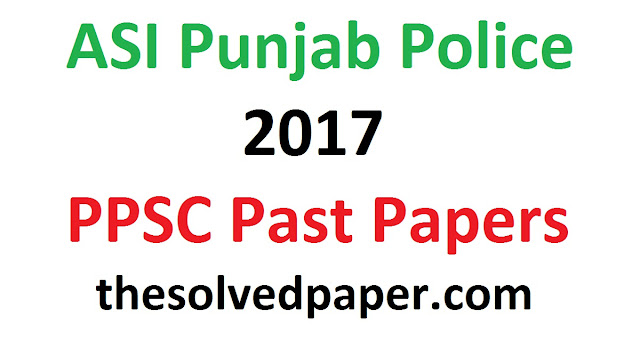