This is the past paper of Customs Inspector in the Customs Department. This paper was taken by FPSC on May 1, 2019. This Past paper is original and solved. I have used the 1 right and original option from the paper and the other 3 options are not originally from the paper of Customs Inspector. I have just assumed those 3 options to create the Multiple Choice Questions. 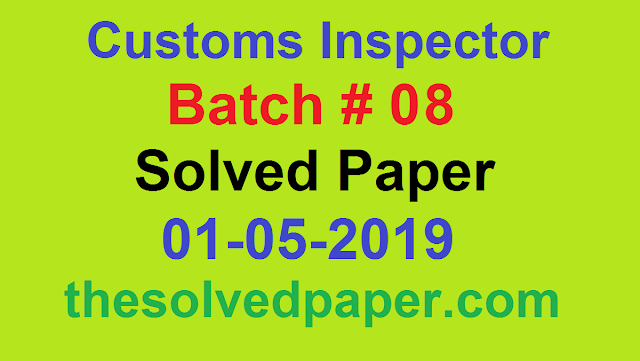 15.  Kartarpur the corridor is in which district of India:
a)    Chandigarh District
b)    Ameristar District
c)    Hoshiarpur
d)    Gurdaspur District