Past Papers of ESE Math BS-14

These are Questions from the Past Papers of ESE Math in the Labour and Human Resource Department. Please click on the link below to get the latest papers directly into your inbox. 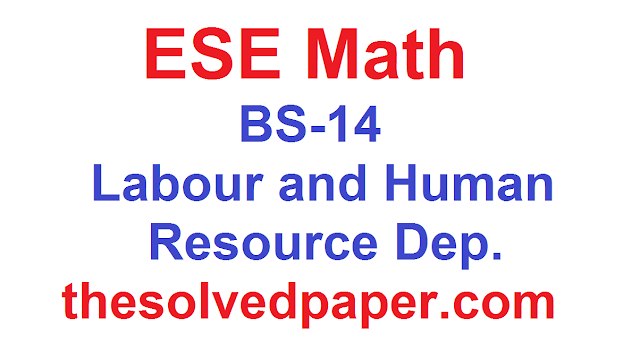 10.  Who was the first woman to be appointed as a Permanent Representative of Pakistan to the UN, New York?
a)    Begum Rana Liaqat Ali Khan
b)    Ms. Tehmina Janjua
c)    Begum Shaista lkramullan
d)    Ms. Maleeha Lodhi
Labour and Human Resource Department Past Papers.
11.  The first SAARC summit was held at?
a)    New Delhi
b)    Dhaka
c)    Islamabad
d)    Nepal