Past Papers of ESE Science Math

Educator jobs were announced in the Punjab Labour and Human Resource Department Directorate of Education Punjab Workers Welfare Board. Given below are some questions from the General Knowledge portion of the past paper of ESE Mathematics and Science. The syllabus of ESE Science Math has been changed and according to the new syllabus, the paper of ESE Math Science will be comprised of 50% General Knowledge including Islamic Studies and History of Pakistan and 50% subject related. 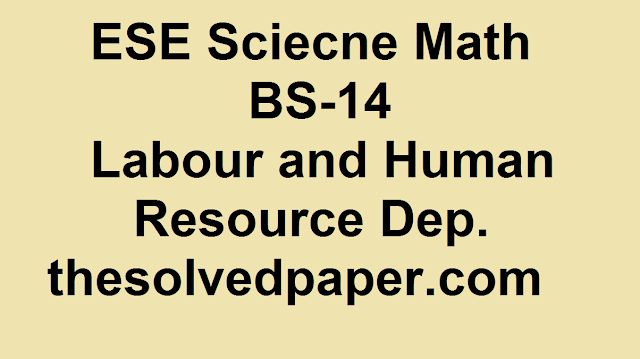 1.    Who at present holds the office of the Chief Executive in the Afghan Government?
a)    Ashraf Ghani
b)    Gulbuddin Hekmatyar
c)    Abdullah Abdullah
d)    None of these

11.  The Literal meanings of the word “Zakat” are:
a)    To pay Levis/Taxes to the government
b)    To grow or prosper
c)    To assess and recover compulsory levy on all the citizens own
d)    To give alms to the poor