Past Papers of ESE Science Math

The Syllabus of ESE Science, ESE Math, ESE Science Math, ESE Urdu, has been changed. This change of syllabus was advertised by PPSC on 16-05-2019. According to the new syllabus, 20% will be General Knowledge including Islamic Studies, Computer Science, Everyday Science, History of Pakistan, Current Affairs, Mathematics, and Urdu. And the remaining 80% will be subject related. Given below are some questions from the past papers of ESE Science Math. 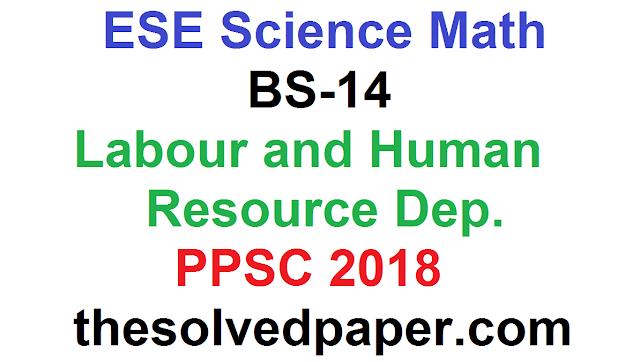 16.  Siachen, Baltoro, and Chomolungma glaciers are situated in which Mountain range?
a)    Himalaya
b)    Karakoram
c)    Hindu Kush
d)    Sulaiman

17.  When the Muslim League joined the interim government in 1946. Liaquat Ali Khan was assigned the portfolio of:
a)    Foreign affairs
b)    Home
c)    Finance
d)    Defense
Past Papers of PPSC 2019.
18.  Who was the Chairman of the Boundary Commission to define the boundaries of the dominions under the Indian Independence Act of 1947?
a)    Lord Wavell
b)    Stafford Cripps
c)    Lord Mountbatten
d)    Cyril Radcliffe